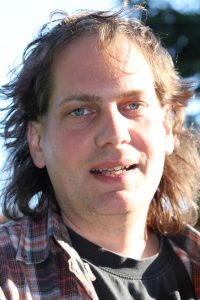 Hi, I’m Timo Rieg, a German journalist and biologist (with a Diplom in both subjects, which is the equivalent of a Master’s). I’ve been interested in participatory methods for the last 35 years, starting with my nomination as class representative, board membership of youth committees on all levels at schools, the church, the fire service and university, and finally, like any other citizen, participation in general elections.
My first book “Artgerechte Jugendhaltung” (in English: “Species-Specific Youth Welfare”, a somewhat satirical title, published 1992) asked whether the original idea of democracy is achievable through general elections and whether delegation is appropriate. Only later did I fully research the theory and models of democracy, before eventually discovering Peter Dienel’s model of citizen participation with members chosen by lottery (Planungszelle, or “citizens’ jury”). END_OF_DOCUMENT_TOKEN_TO_BE_REPLACED